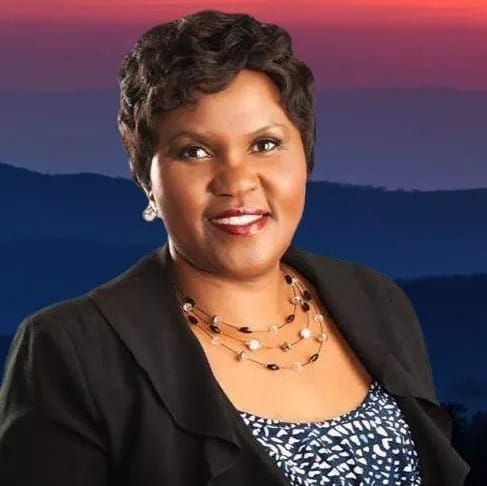 I am honoured and excited to be the Founder, CEO and Chief Visionary Officer (CVO) of The Entrepreneur Nation (T.E.N). I have an ambitious vision for the business community and especially our members.

In a nutshell, TEN is a holistic business support organization, dedicated to the empowerment of individuals and businesses. This, I believe, is achieved with a multifaceted approach, rather than the singular concepts of networking and business groups.

TEN offers it’s members, and to a certain extent some of the general public at select events, social networking, dedicated chapters in the City, community engagement opportunities, various social media services, business development conferences, graphic design and printing, and web site development. There are different types of memberships, each with its host of services.

So far, we have membership professions ranging from financial planners, lawyers, realtors, mortgage agents, insurance agents, and senior care, just to name but a few.

Businesses have plenty on their plate, and TEN will strive to exceed their daily needs in a very busy world. This, we believe, will ensure that the hard-working individuals behind the businesses will propel their vision. That’s my vision.

Lucy is the renowned social media expert and business growth strategist located in London Ontario, Canada. She has helped so many businesses grow online and offline. An interesting fact about Lucy is that she is a multi-talented business owner who enjoys helping others succeed. Lucy was very successful in Network Marketing arena, rising to the 4th top recruiter in 2015 in North America but left Network Marketing in 2016 to help everyone from a neutral ground.

Lucy wants to empower other business owners to become independent and self-supporting the same way through training and role-modeling. Lucy is as well the Managing Editor of The Entrepreneur Magazine and ‘The Most Powerful’ Magazine. Lucy hosts several events in London, Canada. Check out more details on Lucy’s personal website. www.lucyjeffrey.com 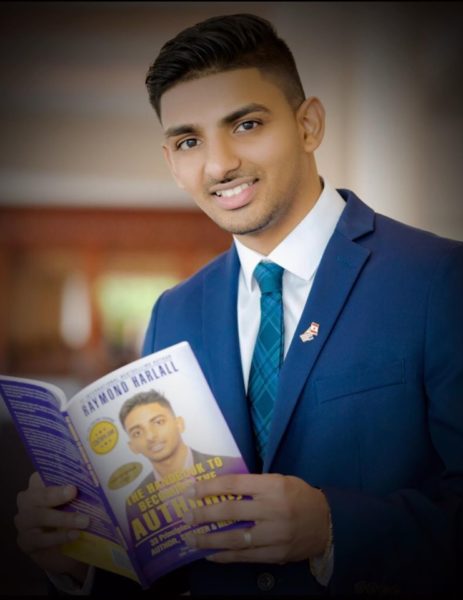 Mr. Harlall is a Guyanese-Canadian entrepreneur residing in Toronto, Canada, who owns a Marketing Agency, specializes in branding experts to be the leading AUTHORity™  in their area of specialty.  Raymond also runs several other businesses with a six-figure+ income annually.

As a teen, he migrated to Canada with his family where he finished high-school and started college, but life took him in a different direction. Raymond left college to earn money by working as a labour then upgraded to forklift operator, construction contractor and a long-haul truck driver.  After making videos and uploading to youtube as an archive his videos went viral and today Google send him a cheque every month.

Eventually Ray started to make a lot of money, but made a life-changing decision to sell Ray Trucking Services Inc.  His truck company hauled freight for Amazon, Walmart and other large companies in the US and Canada. Falling asleep at the wheel one night woke him up with the realization he was risking his life and his health for money.

After Raymond meet Prof. Dr. George Grant, who was very concerned about Raymond being 200 lbs as a truck driver, with Dr. Grant’s mentorship Ray was able to lose 35 lbs and improved his overall health.  At a wellness retreat, Raymond and Dr. Grant bring together 19 health and wellness experts to author “The Handbook to Holistic Health – H3”

Raymond has been privileged to share the speaking stage with many great legends including Les Brown, Brian Tracy, Kevin Harrington and Jack Canfield. He has spoken in North and South America, South Africa, South Asia, and the United Kingdom.

As a branding consultant, Raymond keynotes on How to Build Your Credibility by becoming a published author, a professional speaker, and a sought-after coach. With over 1.9 million views in 224 countries as a YouTuber, Raymond teaches How to Become more Visible through eﬀective Video Marketing.

Although he’s already successful, Raymond gives credit to his beautiful wife, Divya Sieudarsan, Miss Guyana India Worldwide 2014, for her support in helping him achieve his successes. This “under 30 entrepreneurial success” is happily married with a newborn son. 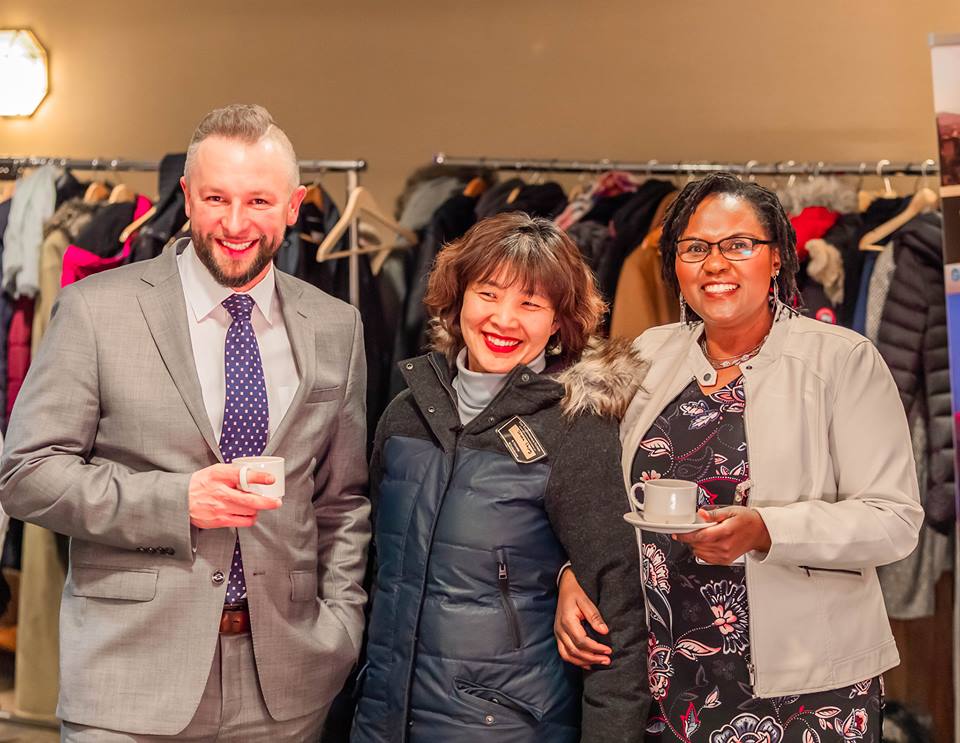 What drives us is the common goal of supporting each other to succeed in business. Business referral is our secret sauce. We are each other’s Marketing Managers. What’s unique about our process is that we offer our Members’ relevant support with a view to grow their businesses. We are a distinct and interesting group of Entrepreneurs who want to see each other succeed in business. That’s really what sets us apart from others in the same industry.

Every business has a beginning, and ours has one too. Lucy Jeffrey (B.ed) is the Founder and CEO of The Entrepreneur Nation™.

Lucy has experience as a former High School Teacher, former senior Banking Manager, and currently, Social Media Trainer. Lucy has been doing business part-time for 25 years and full time for 8 years. Lucy’s focus is to help businesses grow using a variety of strategies. She has grown her own multiple businesses through proven marketing techniques massively.  The social media expert who uses proven teaching methodologies to help her trusting business clients to be successful. 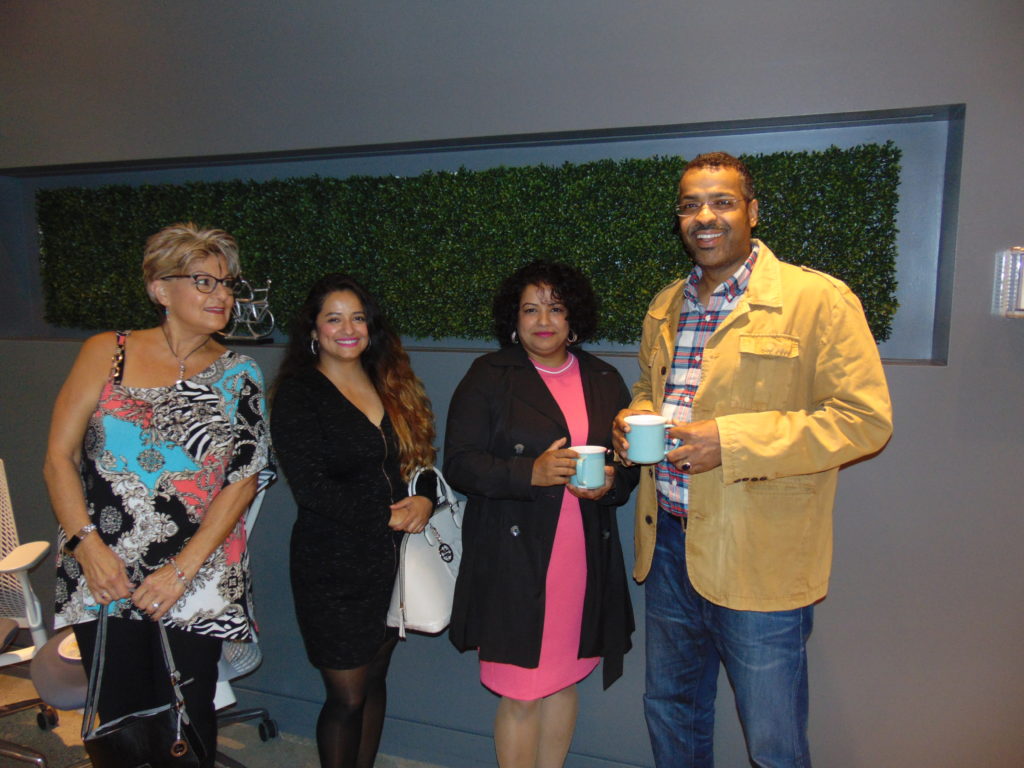 The Nation is made of all the members. Because of the high numbers, we shall have featured members from the Executive Level and up. We shall have this section updated regularly to give exposure to this category of members.

Lucy saw a huge gap that needed to be filled right away. She saw huge retail stores close doors and move their businesses online to remain competitive.
She wondered who was helping the small business owners and entrepreneurs to do the same. Her passion led to the creation of something new and different. We celebrate our members daily on social media. We ask our members to share with us what’s new and positive in their businesses so we can give them a shout out.

D'rcy and Laura Bromley - IT Managers at IT First Aid

After witnessing speedy growth, Lucy decided to invite other like-minded entrepreneurs and Members to join her in owning a business just like hers.

Franchise partners are passionate about helping small businesses and entrepreneurs, they do this as an independent business under the umbrella and corporate branding of The Entrepreneur Nation™.

Each Franchise Partner owns a territory that hey develop working closely with their members and head office.

This website uses cookies to improve your experience while you navigate through the website. Out of these cookies, the cookies that are categorized as necessary are stored on your browser as they are essential for the working of basic functionalities of the website. We also use third-party cookies that help us analyze and understand how you use this website. These cookies will be stored in your browser only with your consent. You also have the option to opt-out of these cookies. But opting out of some of these cookies may have an effect on your browsing experience.
Necessary Always Enabled
Necessary cookies are absolutely essential for the website to function properly. This category only includes cookies that ensures basic functionalities and security features of the website. These cookies do not store any personal information.
Non-necessary
Any cookies that may not be particularly necessary for the website to function and is used specifically to collect user personal data via analytics, ads, other embedded contents are termed as non-necessary cookies. It is mandatory to procure user consent prior to running these cookies on your website.
SAVE & ACCEPT